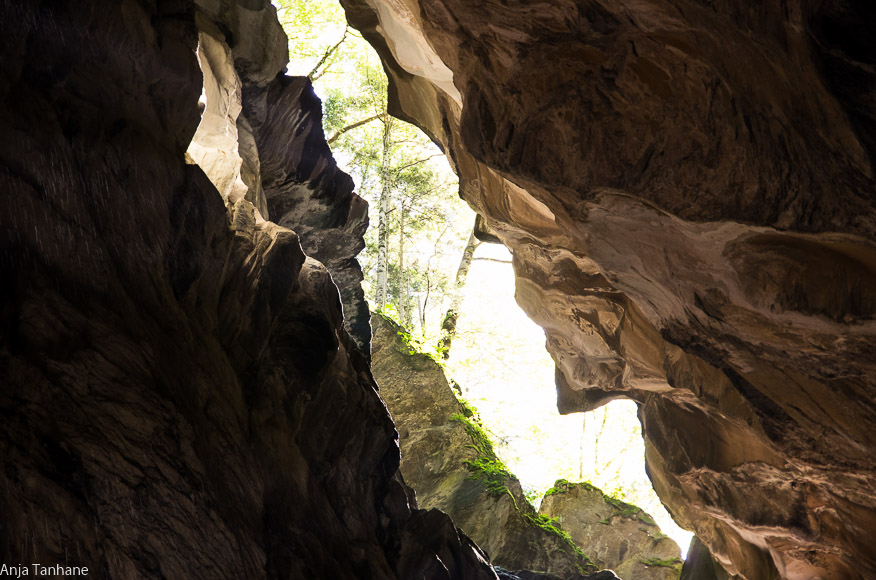 ‘The true journey of discovery consists not in seeking new landscapes but in having fresh eyes.’

It is delightful to spend time with little children who are exploring the world with fresh, open, curious eyes. Their senses haven’t become dulled yet, as can happen when we get older. Often, the only time we come close to matching the fresh curiosity of children is when we go travelling, particularly if we go to a country which is very different from ours. In those places, everything is interesting – the clothes people wear, the shops, how they boil their kettle, the food, houses, even traffic signs. Yet there is nothing stopping us from walking through our own street with the same sense of interested and open curiosity.

Our senses, including sight, do not give us ‘true’ information. A stimulus connects with the part of the body set up to receive it – in the case of sight, light is sent through the cornea and lens to the retina. After this, the signal is processed in the brain, starting at the back of the head in the occipital lobe, and goes on quite a journey. One part of the brain processes peripheral vision, another spatial awareness, another visual acuity, another controls the eye muscles, and so on. In fact, if someone’s had a stroke affecting their eyesight, it’s possible to locate the part of the brain which was damaged by the kind of impairment to their eyesight. We also have a blind spot in our visual field, which we effortlessly ‘fill in’ with the picture we think should be there.

Our culture also influences what we ‘see’. Studies such as those by psychologist Richard Nisbett found that when shown pictures of objects against complex backgrounds, Westerners focused mainly on the central object, whereas Asians took in the whole picture and had a more holistic understanding of the context. A follow-up study by Masuda et al (2007) showed participants cartoons of a happy, neutral or sad person, surrounded by people with the same facial expression or a different one. Japanese people took into account the whole group when they judged the emotion of the central person, whereas Westerners only focused on the central person. What we look at also changes across cultures – in the same studies, they tracked the eye movements of participants, and Japanese spent more time looking at the whole picture, whereas Westerners focused mainly on the central object or person.

It would be interesting to do a similar study with people who’ve practised mindfulness for many years, as mindfulness allows us to step back and take into account the bigger picture, and especially to become more aware of the context of a situation.

One effect of mindfulness meditation on seeing, which is reported again and again by participants in the MBSR course and weekend retreats, is that colours seem more bright, more intense, after meditation. There is indeed a sense of seeing the world with fresh, revitalised eyes, of being able to perceive the world with new delight.

Sit somewhere pleasant, like a garden or a park, and close your eyes for a few minutes, tuning into your breath. Then open your eyes and look at your surroundings with a friendly, receptive curiosity. What do you notice?