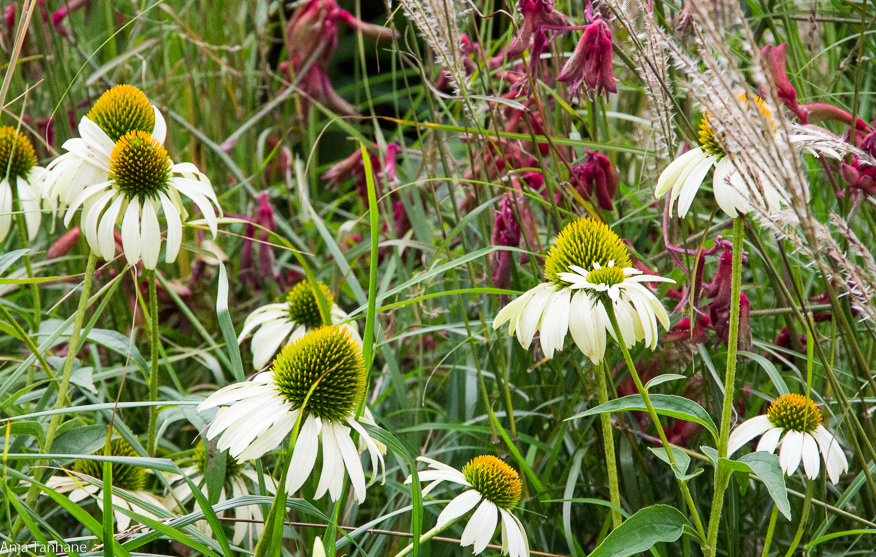 ‘The best fertilisers are the footsteps of the gardener.’ Chinese proverb

Most gardeners have probably had the experience of being too busy for a few days to check on the garden, and suddenly finding themselves confronted with a plant covered in insects or drooping with a fungus. It might seem as if the damage appeared overnight, but most of the time there would have been some early warning signs – a few insects exploring the plant, a couple of leaves which were changing colour. Whether we have elaborate watering systems or use a hand-held watering can; whether our garden has been landscaped by a famous designer or has been cobbled together by waves of tenants renting the property, the basic principle is the same – if we don’t take the time to notice what’s going on, we’re likely to miss the early warning signs. This applies to the rest of our lives as well, of course, but could also be said for our meditation practice.

We might feel as if we need to constantly learn new meditation techniques, buy the latest book, go to the workshop of a famous teacher, spend thousands of dollars on a retreat, and continually have a sense of progress and learning something new. A certain amount of this can be beneficial – just like a garden does need some fertilisers apart from the gardener walking through. But we can throw a lot of money at expensive fertilisers and gardening tools, and expensive meditation courses, yet without the commitment of walking through the garden every day, or meditating every day, taking time to notice what’s really going on, much of this can be wasted.

The best fertiliser for our meditation practice is simply showing up to the meditation, day after day. We may not learn anything, or solve our problems, or become more spiritually advanced. Yet like a gardener, we can observe and make little adjustments – pulling out a few weeds, adding fertiliser to a plant which is wilting, squashing some aphids on the roses, pruning spent flowers and making room for more to grow. Slowly, over time as we meditate regularly, we are making choices about what we want to nourish in the garden of our lives, and what we want to let go of. No one is going to do this work for us, though there are people around who can help, such as teachers and meditation groups. In the end, however, it’s up to us to show up – to be the gardeners of our lives, walking through, noticing what’s going on, making small adjustments here and there.

Take ten minutes to sit in a garden or a park, and notice of how much work has gone into creating this particular space over the years. What are some of the fruits and flowers you would like to cultivate in your own life? 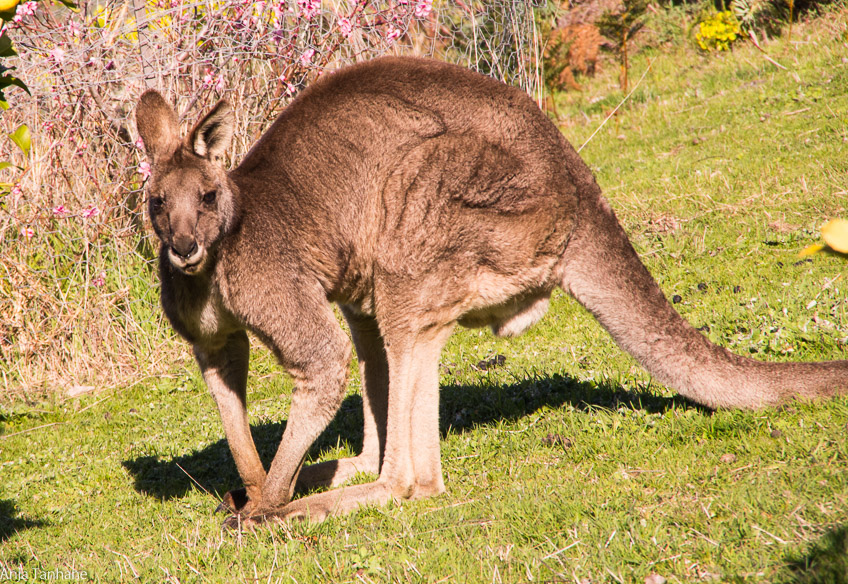 In the past few weeks we have been looking at the breath – in particular releasing the old breath, letting go of what is no longer needed in our lives. At the end of the out-breath, before the air flows back in, there is a pause. In the breath, the pause between the out-breath and the new air flowing in is usually quite short – most of the time we’re not even aware of it. In life, however, the pause between letting go of something, and allowing something new to enter in, might be very long indeed. And this in-between period can be quite difficult to live with. There is no longer the drama and effort associated with letting go, but nothing new has appeared to take its place. We can feel quite bereft, at sea. People around us may be telling us it’s time to ‘move on’. Perhaps they’re right, perhaps they’re wrong. Sometimes this can be very difficult to discern.

We all have a sense of giving people some space after a bereavement, not expecting them to fill up their lives with new diversions immediately. It would be a little insensitive to say to someone at the funeral of their beloved life-partner – ‘never mind, there’s plenty of other fish in the sea, how about I set you up with an Internet dating site?’ However, there is a wide range of opinions about how long this pause should be. How long does someone need before their natural grief becomes a clinical depression, before they’re stuck in a bitterness which could ruin the rest of their lives? Sometimes the pause becomes a habit, as if our pause button has become permanently stuck, and we’d really benefit from some diversion, from finding a new interest to focus our attention on. My experience at work has been that families often want someone to move on more quickly than they’re ready for, out of a natural concern for the wellbeing of their loved one. This can be more about the need of the family members to feel comfortable, than what the person actually needs. As a society, we’re often not that good at allowing people to withdraw for periods of time to lick their wounds.

On the other hand, I’ve also met people who are stuck in something which happened ten years ago, who talk with the same anger and emotion as if this incident had occurred just then. Needless to say, the sympathy of their family members and friends has worn a bit thin after ten years of listening to the same unchanging anger and bitterness. We do need to let old wounds heal and make the best of the life we have, even if it turned out different to what we’d hoped for. However, there is no formula for how long it should take someone to ‘move on’, before their natural and healthy grief becomes a dysfunctional trap. It is helpful, in our own meditation, to rest consciously in the pause between the breath, to allow ourselves to feel comfortable with this in-between space, where nothing much is happening, where we simply rest in the present moment without the usual diversion and stimulation we enjoy so much.

This week, think about an area in your life where you might be in between letting go and moving on. There is a natural discomfort in this state, but perhaps also a sense of healing. Notice how it feels, and come back to this sensation from time to time. 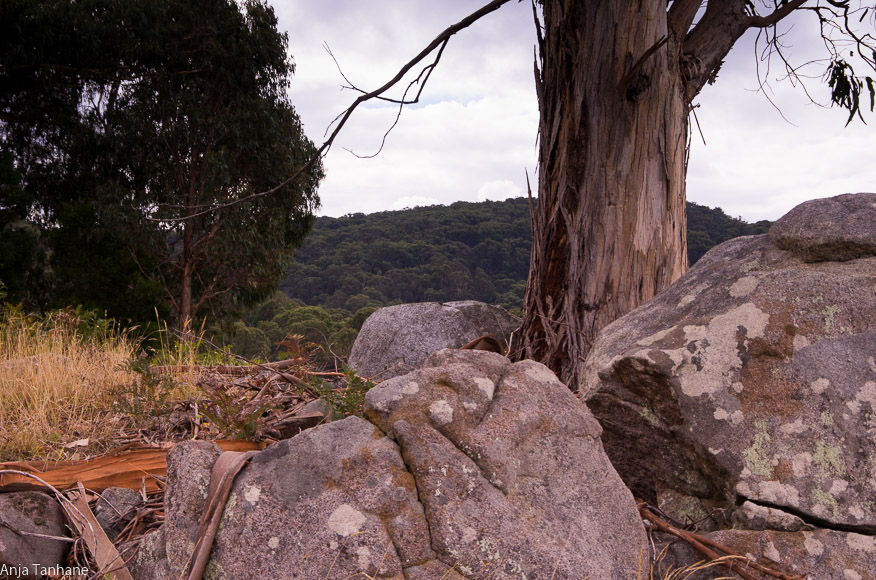 When my grandmother died, she had a cellar full of old nails, pieces of string, tools she hadn’t used in years, old clothes, shoes, crockery and books. Having lived through two world wars and the depression, she did not like to throw anything away. Her flat upstairs was neat and tidy, but downstairs in the cellar was a different story. Hers was an era before ‘planned obsolescence’, where she used the same record player and radio she’d bought as a young mother after the war, right until her death. She valued her possessions and looked after them, treating everything with care and respect so it could last as long as possible. Yet she also had a cellar full of rusty nails she’d never use, old clothes which could have gone to someone else – all these possessions stored below, just in case.

Our mind is often the same – storing old information and memories ‘just in case’. We evolved like this to give ourselves the best chance of survival in an environment full of threats out in the open savannah. Anything with a hint of danger had to be remembered, and to be readily retrievable. I hear a funny rustling sound? I spin around in panic just in case. Perhaps it is the wind in the bushes, perhaps it is a tiger about to attack. But I’d better react immediately and instinctively, just in case.

Most of us would like to be able to move on more quickly from past hurts, to let bygones be bygones, to enjoy a beautiful afternoon walk in the park instead of stewing over something which happened days or weeks or even months ago. Our mind is full of rusty old nails we’ll never use, but which we cling on to in case they might come in handy one day. These patterns are hard-wired into our brains, and they’re designed to keep us safe. Unfortunately, this just in case mind can also bring with it a great deal of unnecessary suffering, and can significantly reduce our ability to enjoy life.

A regular mindfulness meditation practice can help us become more aware of these patterns, and to become less caught up in them. We do need some of this threat-based information, and it pays to look after it, just as my grandmother looked after her radio and other possessions all her life. We want to learn from our mistakes, to ask ourselves next time we find ourselves in a similar situation – ‘now remember what happened last time, that didn’t go so well, what might you do differently today?’ Yet much of our stress is caused by our just in case mind, that cellar full of rusty nails, and a regular mindfulness practice can help us clear some of that junk out, and choose to keep what’s actually important.

Write down some of the rusty old nails you keep in the cellar of your mind. In what situations do they mainly arise? By writing them down, you bring them out from the cellar of old memories into the living space of awareness upstairs, where it’s much easier to find an appropriate place to keep them (which may well be the rubbish bin!).